The following hardware is used as part of my homelab infrastructure:

I recently overhauled my network, doing considerable rearchitecting under the hood and getting rid of some of the technical debt I had accumulated. (1) The following diagrams show the before & after... 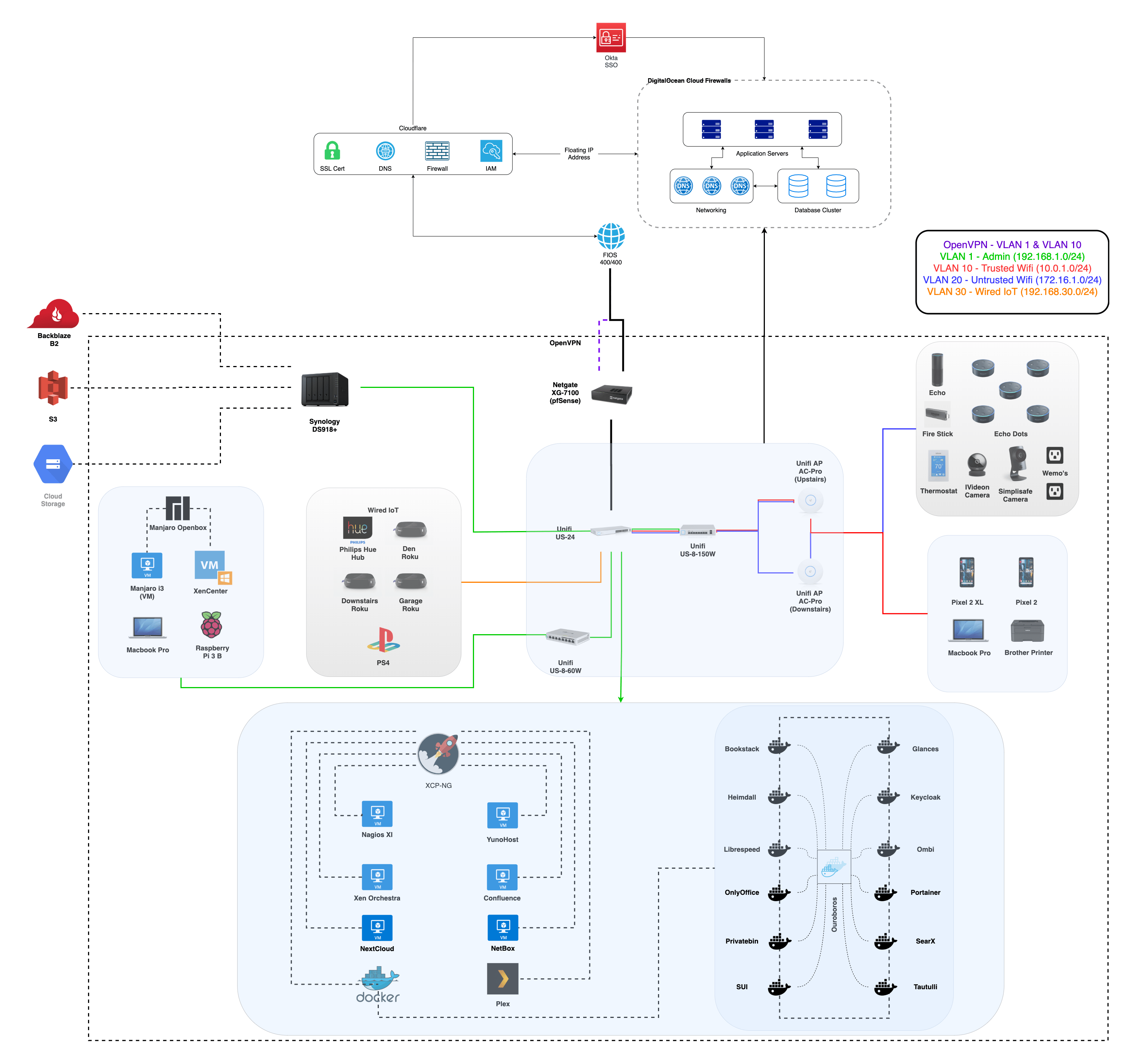 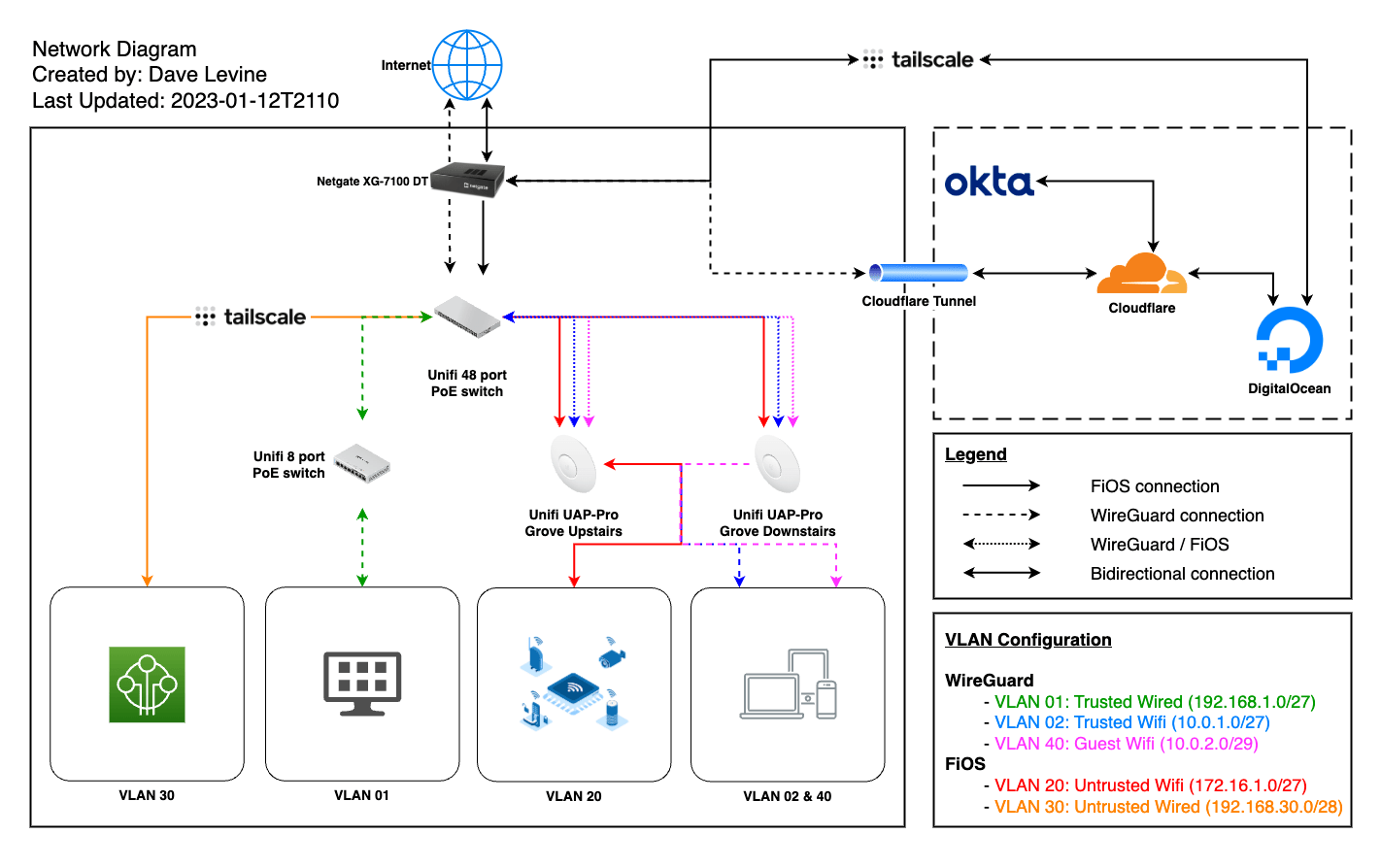 The following systems are levereged for infrastructure monitoring:

Alerts from all systems are pushed to Slack. This can be seen in the following mind map...1 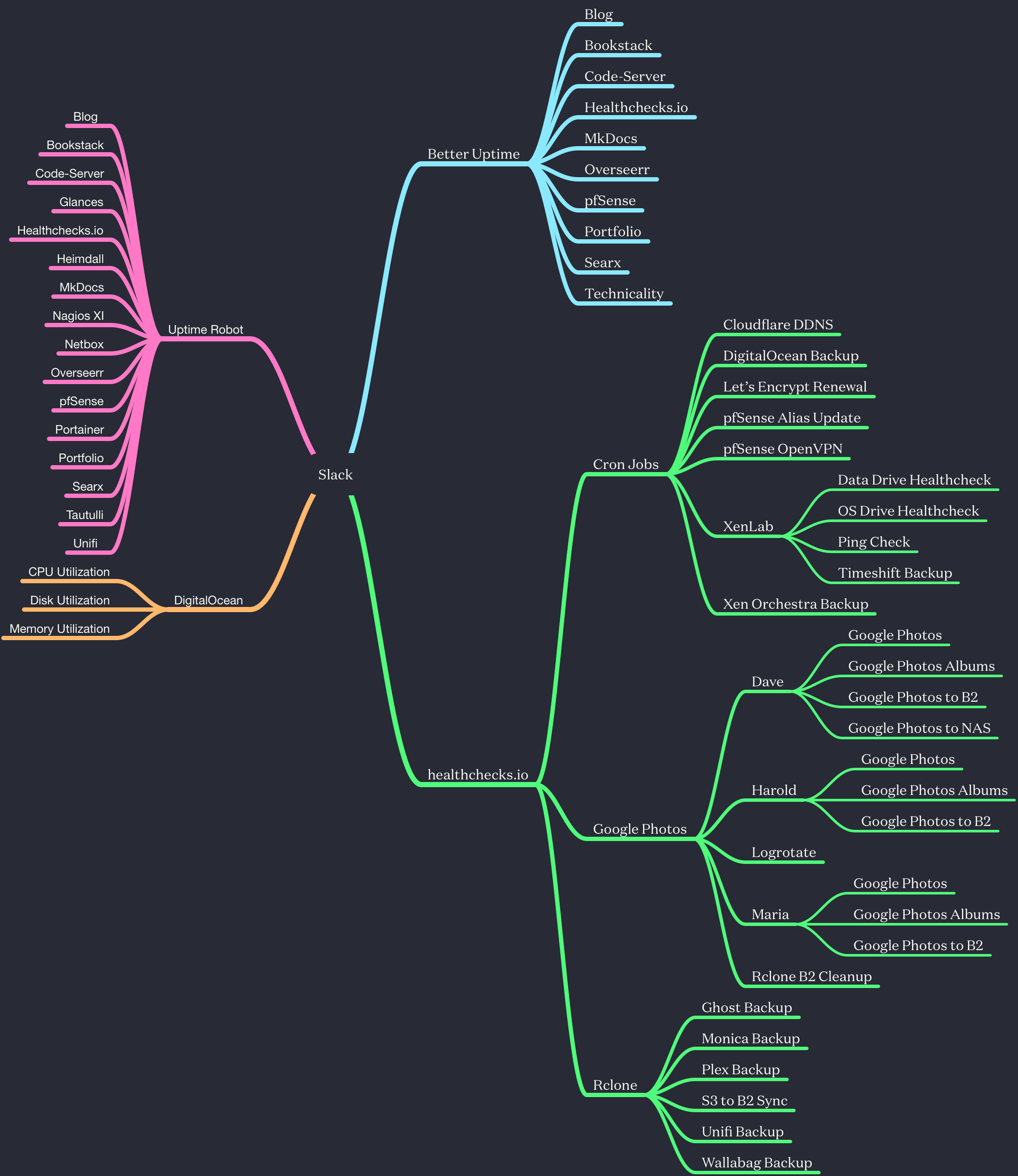